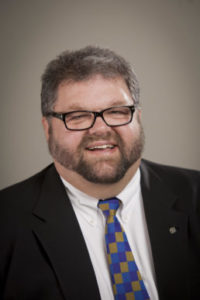 PORTLAND, OR. – The Oregon Alliance of Independent Colleges and Universities (the Alliance) today announced the appointment of Jim Bauer as its new president, effective July 16, 2018. Bauer succeeds Kristen Grainger, who announced she will step down on July 13.

Bauer has served since 1995 as vice president for planning and external affairs at Willamette University in Salem, a position with wide-ranging responsibilities that

support campus development and operations. His leadership and advocacy have substantially impacted the Salem community, most recently serving as board president of the Salem Area Chamber of Commerce.

Prior to Willamette, Bauer held administrative leadership positions at the University of Idaho from 1980-1995.

He earned an MBA from Willamette University and master’s and bachelor’s degrees from the University of Idaho.

“Jim brings to the Alliance nearly 25 years of experience as a strategic thinker and leader for private, independent higher education in Oregon,” said Carolyn Walker, chair of the Alliance Board of Trustees. “With a deep understanding of the important contributions nonprofit colleges and universities make to the state’s workforce, economy, and higher education attainment goals, he is well-suited to engage with employers and policy makers in service of the public good.”

Carolyn WalkerChair, Alliance Board of Trustees