Christian Henry ’07 fell in love in high school — with the art of storytelling.

At Century High School in Hillsboro, Ore., Henry immersed herself in the school’s media program, working for the student-run newspaper and television station and on the yearbook staff. Those experiences whet her appetite.

“I liked all of it and decided I wanted to do more,” she said.

That desire led her to Pacific University, where she double-majored in journalism and film and video and did several internships, including a stint at the ABC affiliate in Portland, Ore.

Today, Henry is a rising star in both fields. In addition to working as a producer and writer for the NBC affiliate in Portland, she is an independent filmmaker whose debut movie, From Salem to the Salon, put her on the map.

The short documentary tells the story of an Oregon woman, Amber Starks, who successfully fought a state law that made it illegal to provide African-hair braiding and other forms of natural hair styling without a full cosmetology license.

From Salem to the Salon was featured in several film festivals in 2016, including Oregon Public Broadcasting’s Oregon Lens and the Portland Oregon Women’s Film Festival (POWFest).

It was also nominated for Best Short Film at the 2017 Portland Indie Film Awards, which recognized women and minority filmmakers.

Henry shot, edited and produced the film while holding down a full-time job at the ABC affiliate in Portland, where she launched her broadcasting career. She worked the graveyard shift at KATU-TV, which allowed her to film Starks during morning hours. Henry edited the film during her days off.

What inspired her to take on the ambitious side project?

Like any good journalist, Henry knows a compelling story when she sees one. On top of that, Starks’ inspirational battle to change Oregon law hadn’t gotten much attention before Henry came along. 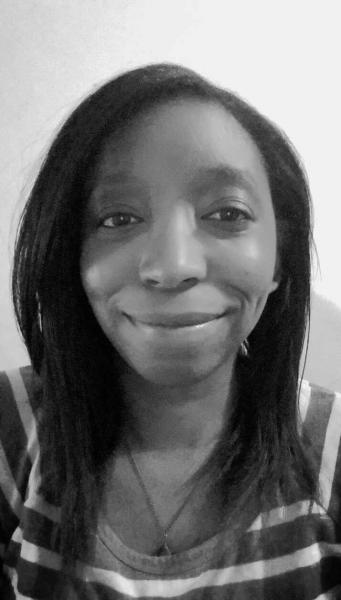 "I thought it was an interesting story,” Henry said, matter-of-factly. “I hadn’t seen much done with it, and it was just enough content for a nice short story.”

For her part, Starks didn’t set out to be an activist. She simply wanted to braid hair, a skill she learned growing up, for foster children on a volunteer basis. To do that in Oregon, she needed a full cosmetology license and 1,700 hours of training — much of it having nothing to do with natural hair care.

Her only option, Starks decided, was to challenge state law, and she did so successfully.

In 2013, Oregon lawmakers passed the Natural Hair Care Act, which exempts natural hair care from the state’s barbering requirements and established a certification process with no formal education requirement.

Starks was first in line for the certification and has since opened a natural-styling salon, Conscious Coils, in Portland. Other women of color have followed in her footsteps.

Thanks to the attention her first film received, Henry landed a new film project. She has been recruited by award-winning director Dawn Jones Redstone to produce We have Our Ways, a short film about two women of color who struggle to navigate the healthcare system.

The film is written by Kjerstin Johnson, former editor of Bitch magazine, and has gotten a grant from the Portland-based Regional Arts & Culture Council.

“It’s a dystopian future, near our own time, about a broken healthcare system,” said Henry, who has been producing the film while working at KGW, Portland’s NBC affiliate.

She joined the station in 2014 and now produces a weeknight entertainment and lifestyle show featuring high-profile guests. Henry has booked such talent as Gregory Gourdet, a Top Chef contestant from Portland, and Sean Gunn, an actor who made a name for himself on the TV show Gilmore Girls.

“I am in charge of finding stories and figuring out what would work well on TV,” said Henry, whose day job has helped her take a disciplined approach to film projects.

“I’ve worked in an industry with tight deadlines. Do or die, the show comes on every night at 7 p.m.,” she said.

While her intense schedule demands discipline, Henry has no plans to pigeonhole herself as a filmmaker. “I’m still discovering,” she said, when asked whether she plans to focus on certain genres or themes.

“Good stories are the focus,” she added.

To learn more about the Pacific news and stories, visit https://www.pacificu.edu/about/media/