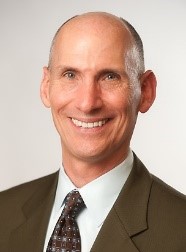 Effective immediately, The Alliance Executive Committee has removed “Interim” from Brent Wilder’s title and he has been promoted to the position of President of The Alliance.

“Over the past several years, we have admired and appreciated Brent’s exceptional work at The Alliance, including his immediate willingness to step into the role of Interim President,” said Mark Swenson, Chair of The Alliance Board of Trustees. “The Board is pleased to continue our work with Brent as he takes on the permanent role of President for our organization. We have the utmost confidence in his ability to lead the organization in this next chapter of its evolution.”

Wilder is excited, honored, and proud to lead The Alliance. “The Alliance member colleges and universities are vital contributors to Oregon’s educational, economic, creative, and intellectual resources – they are an essential component to enriching the lives and prosperity of Oregonians. I look forward to working with the Board, staff, and stakeholders to represent our campuses and create opportunities for Oregon and our communities,” he said.

Wilder has lifetime connections to higher education in Oregon. He has served in a leadership capacity with The Alliance since the organization’s inception, serving as Vice President since January 2012 and as Interim President since October 2019. Prior to The Alliance, Wilder was with the Oregon Independent College Foundation (OICF), most recently as Interim President and Vice President. Before his arrival at the OICF, Wilder served in several leadership roles in intercollegiate athletics at the NCAA Division, including as an Assistant Men’s Basketball Coach at Oregon State University.

A native Oregonian, Wilder has been actively involved in professional and civic activities at the local and national level throughout his career. Wilder received his bachelor’s degree and M.A. from Oregon State University.

© 2021 Oregon Alliance of Independent Colleges and Universities. All Rights Reserved.